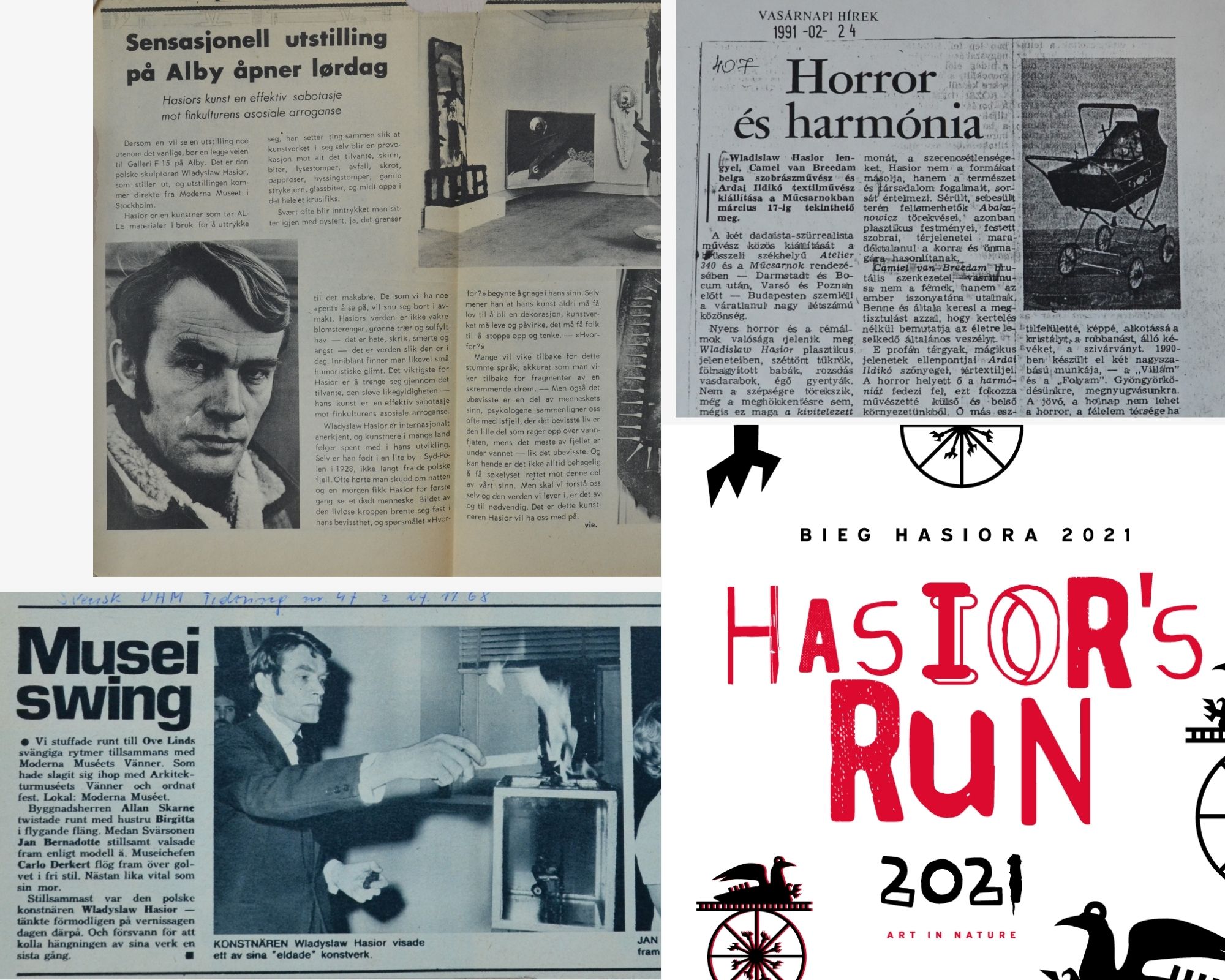 As the Tatra Museum, International Mountain Museums Alliance, and the Copernicus Center for Polish Studies prepare for the Fourth Annual Hasior’s Run, we wanted to share some history about the life and art of Hasior.

Władysław Hasior, named frequently as a pop-art and sculptural pioneer, is considered one of the most outstanding Polish artists of the second-half of the 20th century. Drawing inspiration from history, literature, and nature, Hasior created art to provoke the mind and encourage imagination.

Władysław Hasior designed sculptures, banners, monuments, and large-scale sets. He created his art using scrap materials and objects destined to be thrown away. The artist reused broken glass, pieces of mirrors, wires, pipes, and fabric, giving them new symbolism and meaning by creating metaphorical content. Hasior gave meaning to materials that had been cast away as useless. The essential theme of Hasior’s art was the exploration of worldly elements: fire, water, earth, and air. The artist made these elements the focus of his artist work, integrating them into his spatial projects (such as Flaming Birds), banners, and assemblages. In his work, Hasior gave new meaning to his subjects by giving them contemporary meaning. Władysław Hasior often emphasized his fascination with folk art. The artist was inspired by the natural shapes and properties of his materials in his early works.

Władysław Hasior’s art could not be placed into one genre of art. His work fascinated and shocked viewers. Hasior’s art was also the subject of numerous debates that spread far beyond the borders of Poland. Hasior’s unconventional interactive spaces have been displayed in Argentina, Denmark, and Sweden. Hasior took part in the Venice Biennale and the Montevideo Outdoor Sculptural Garden. Exhibitions of Hasior’s work have been organized all over the world, including Paris, Moscow, Berlin, and Stockholm. Hasior’s pieces are also currently on display throughout Poland in Kraków, Warszawa, Łódź, Poznań, Szczecin, Wrocław, Bydgoszcz, Lublin, Nowy Sącz, and Zakopane. Hasior’s art can also be seen abroad, in museums in Helsinki, Paris, Stockholm, Oslo, São Paulo, Rome, Milan, Edinburgh, Duisburg, Amsterdam, and many private collections.

Inspired by the timeless and international legacy of Władysław Hasior, the Tatra Museum has decided to organize a run to commemorate the artist’s athleticism and art.

The idea to create a run to honor the memory of Władysław Hasior came about while reading the artist’s diaries from the Tatra Museum’s collections. For several years, Hasior documented his running achievements in several notebooks. In these notebooks are detailed descriptions of his daily trainings and the runs he competed in.

We encourage you to learn more about Władysław Hasior and to discover the mystery of his art by participating in the run – in Zakopane or wherever you are.